Andrew Moger has been the CEO of BCD since he founded the company in September 2001.

Until 2001, Andrew was the President and COO of Two Boots.

Prior to that, Andrew was Executive Vice President of Development for Crunch Fitness International. As one of five senior managers, he was responsible for all real estate acquisition and development, as well as overseeing the growth of the company’s foodservice and retail segments.

In addition, Andrew has served as Manager of Special Projects for Morton’s of Chicago. While at Morton’s, he was a member of the President’s Senior Staff.

Previously, at Morton’s, as well as other restaurant companies such as Sfuzzi, Trattoria Dell’Arte, and Ark Restaurants, Andrew held a variety of store-level management positions.

Andrew is a member of the board of advisors of Givz, Mise, Next Gen Foods, ResQ, and Sunboy.

Andrew has previously served as a member of the board of directors of Crumbs Bake Shop and Dinosaur Bar-B-Que.

Andrew is a co-founder of Melt Shop.

Andrew previously served as the Real Estate and Development Advisor for New York City Hospitality Alliance and as a member of the board of directors of The Food Education Fund.

Andrew is a licensed real estate broker in the State of New York and the State of Connecticut, as well as a member of the International Council of Shopping Centers.

Andrew graduated from Washington University in St. Louis with a Bachelor of Arts in Political Science. 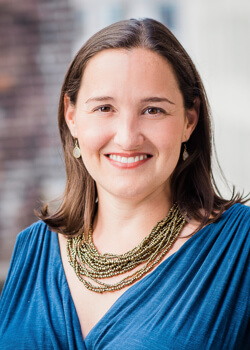 Alexandra Turboff joined BCD as Manager of Real Estate in 2003 and became Partner in 2021.

In this position, she oversees all site selection, site research and lease negotiations on behalf of our portfolio of concepts. Alex also plays an invaluable role in the development of new business through her ability to help secure clients for the firm.

Prior to joining BCD, Alex worked in the office leasing division of S.L. Green and, following that, a boutique real estate firm in midtown Manhattan. Before her career in real estate, she worked in event planning and merchandising services for Pan-American Sports Network. Alex’s experience in marketing is essential to BCD, as our eye for the integrity of the client’s brand starts with real estate.

Alex is a licensed associate real estate broker in the State of New York. An active member of the real estate community, she is also a member of the International Council of Shopping Centers (ICSC), and served on the Planning Board of the NYC Next Gen Committee for four years.

Alex graduated from Washington University in St. Louis where she received a Bachelor of Arts in Spanish Literature. 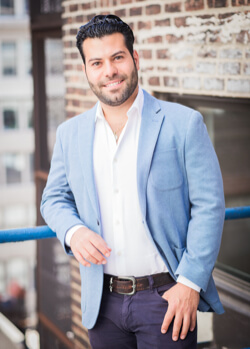 Jon Paul Pirraglia joined BCD as Manager of Real Estate in 2017 and became Partner in 2021.

In this position, he canvasses prospective sites, collects market information and assists in lease negotiating on behalf of our portfolio of clients. Jon Paul also plays an important role in developing and securing new clients for the firm.

Prior to joining BCD, Jon Paul worked in the retail leasing division at RHYS Commercial in Stamford, Connecticut focusing on a mix of landlord and tenant representation.

Jon Paul has an extensive background in the restaurant/hospitality industry and was a key player in the development and operation of several unique concepts such as Pasta Moto, Tavola Italian Kitchen and most recently OAK + ALMOND in Norwalk, where he held a senior leadership role as managing partner.

Jon Paul is a licensed real estate salesperson in the State of New York and a member of the International Council of Shopping Centers. 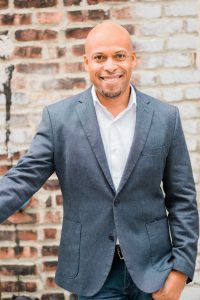 Jason Lloyd joined BCD as Manager of Real Estate in 2018 and became Associate Partner in 2021.

In this position, he canvasses for prospective sites, collects market information and assists in lease negotiating on behalf of our portfolio of clients. Jason also plays an important role in developing and securing new clients for the firm.

Jason comes to BCD with over 15 years experience in the food and beverage industry as an operator, investor, consultant and chef. After five years in the financial sector, Jason left to pursue his passion for the restaurant industry, joining Spoonbread Restaurants and Catering as a growth and operations director. In partnership with Jazz at Lincoln Center, he played a pivotal role as lead menu and concept consultant in the opening of Dizzy’s Club Coca Cola, where he stayed on as Chef de Cuisine for two years before returning to Spoonbread as Executive Catering Chef.

In 2014, Jason founded Cow & Clover, a 110 seat restaurant, bar, and event space located in Williamsburg, Brooklyn. As Managing Partner, he grew the business into one of Brooklyn’s best brunches. In 2017, he orchestrated a successful exit, partnering with Fornino Restaurant Group.

Jason is a licensed real estate salesperson in the State of New York.

Jason graduated from Wesleyan University with a Bachelor of Arts in Economics and Political Science, as well as an Associates Degree in Culinary Management from the Institute of Culinary Education. 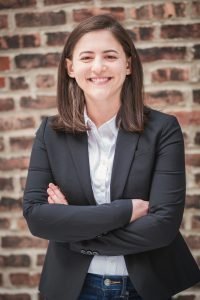 Marisa Simkin joined BCD as Project Manager in 2019 and moved to the real estate team in 2020.

In this position, she canvasses for prospective sites, collects market information and assists in lease negotiating on behalf of our portfolio of clients. Marisa also plays an important role in providing construction expertise to the rest of the real estate team.

Prior to joining BCD, Marisa served as operations manager for Plan Check Kitchen & Bar. Together, with a very small corporate team, she helped grow Plan Check to four locations, developing SOP’s, brand guidelines, and stepping in wherever a hand was needed – Human resources, facilities management, and marketing. Marisa was also a key player in launching Plan Check’s second concept – Wild & Free. After seven years, Marisa left to focus on the aspect of hospitality she enjoyed the most – Restaurant development.

Previously, Marisa has spent her entire career in hospitality – starting at fifteen, working in a grocery store. She then moved into restaurants, working as a host and food runner, in order to learn the intricacies of daily operations. Throughout college, Marisa was a supervisor at Peet’s Coffee & Tea.  After a stint with a premier San Francisco area caterer, Paula LeDuc Fine Catering & Events, Marisa realized she wanted to focus her career in restaurants.

We have no peers with regard to attention to detail.

We are purely and fundamentally smart.

We use our creativity to differentiate ourselves from our competition.

We appreciate one another and make a point to express it.

We approach every aspect of our business as entrepreneurs.

We are pro-active and plan ahead.

We are honest and moral. No exceptions.